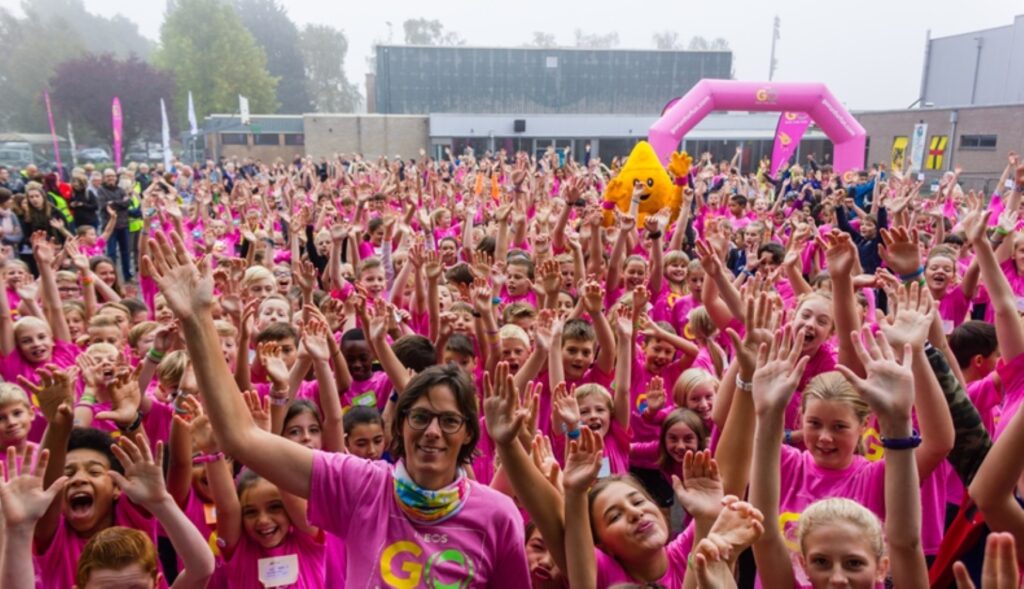 What a week we had in Belgium! Rounding the week off in Laakdal, Geel with 1,200 children crossing the finish line to mark our 210,000th finisher milestone! 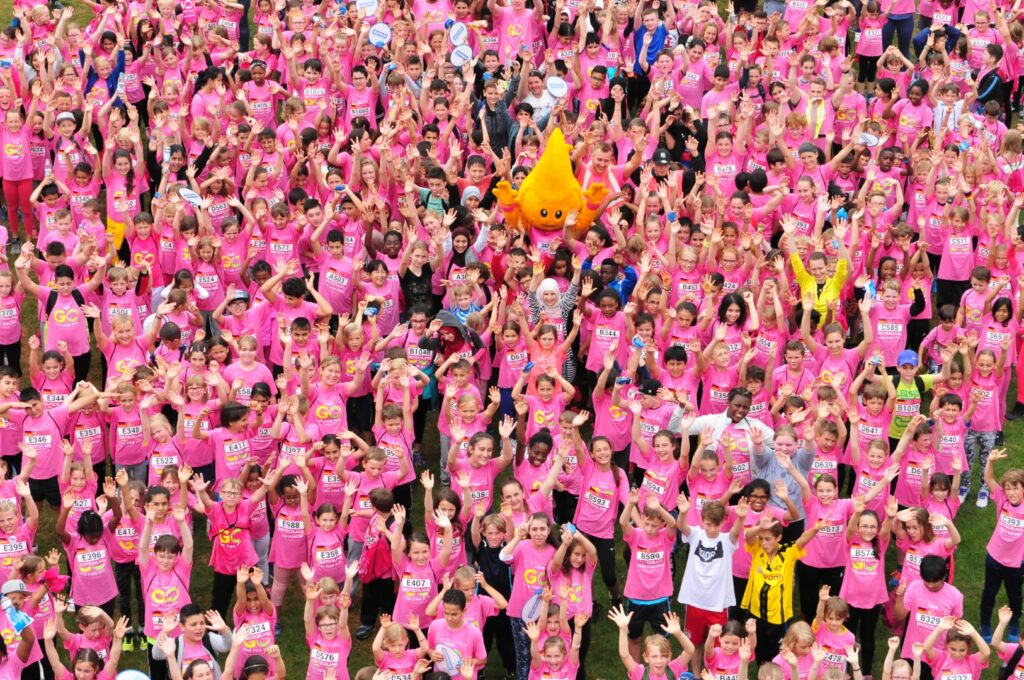 With event season in full swing ASV Koln in Germany saw the 200,000 participant cross the finish line since GO Run For Fun started back in 2013! 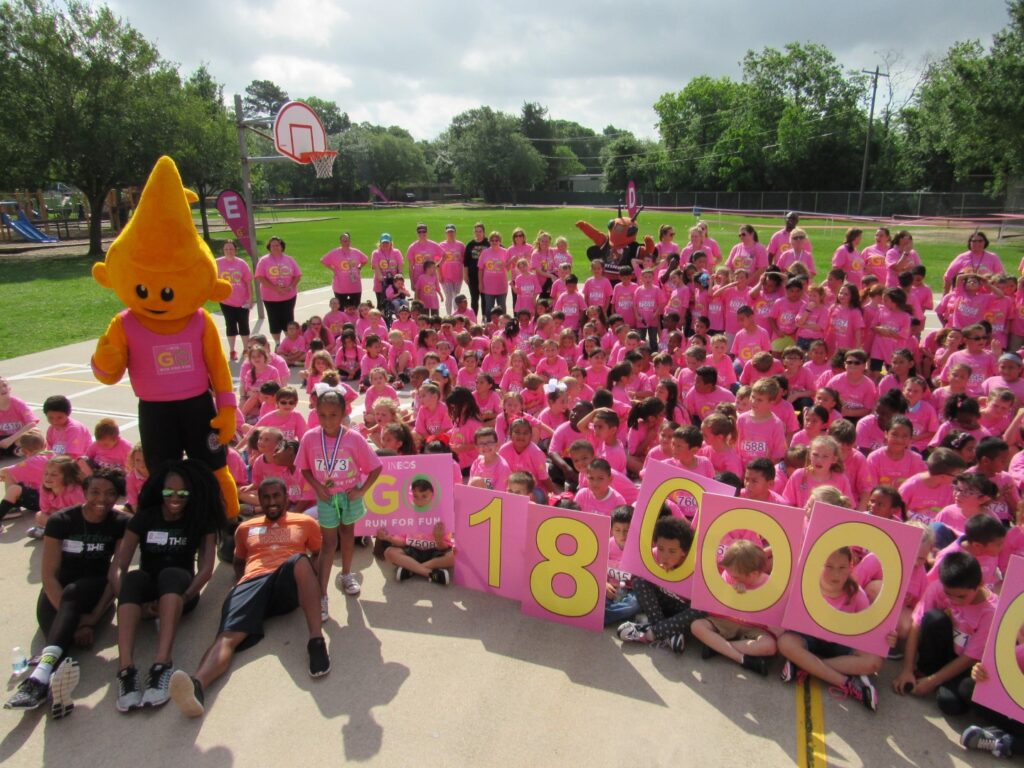 Today we were in Texas, USA where 730 children took part in our fun run at Melba Passmore Elementary and we reached the 180,000 milestone! All of the children loved getting outside and running around our 1 mile course, with Dart there to give out high 5s at the end! 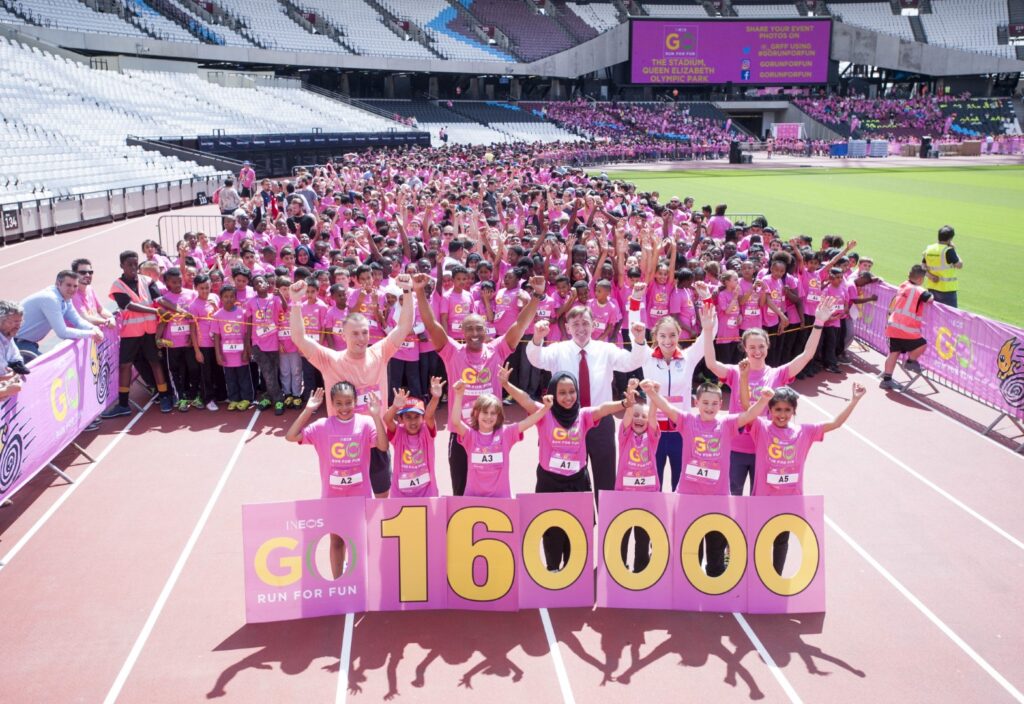 Our Flagship London Olympic Park event marks our 300th GO Run For Fun event since the campaign began! There were 3660 children on this memorable occasion which also marked the 160,000 participant milestone! What a great day for everyone!

We celebrated a huge milestone in one of our overseas locations, as Lavera, France played host to the 120,000th GO Run Fun Participant! The weather was brilliant and we had over 650 children running in the sunshine! 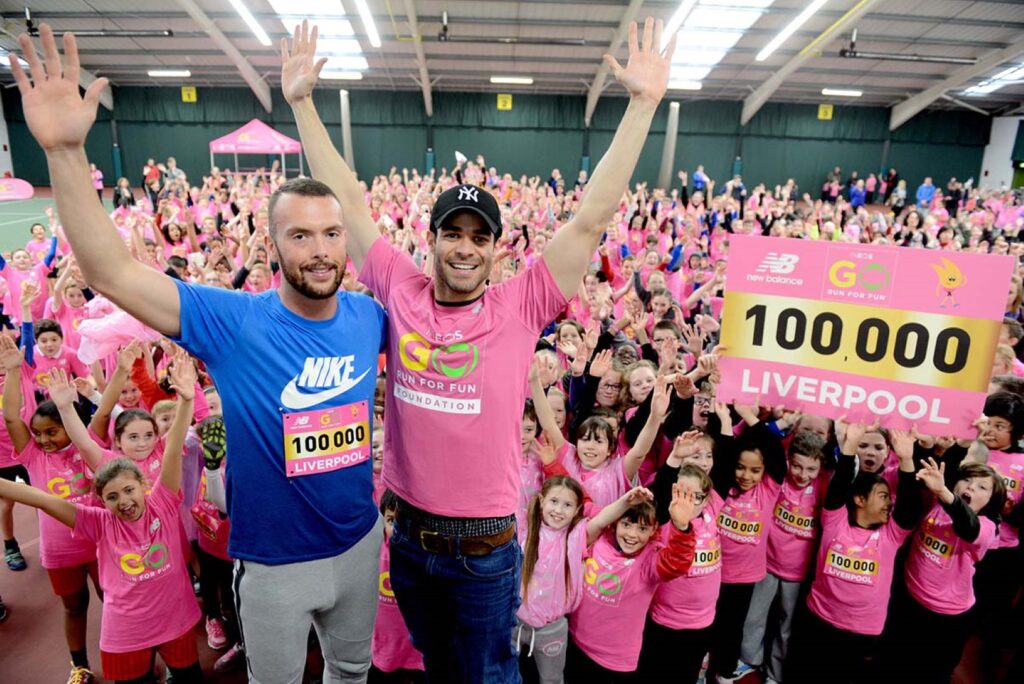 Our first trip to Liverpool was very special as we saw our 100,000th participant, Jack Ryan, cross the finish line! 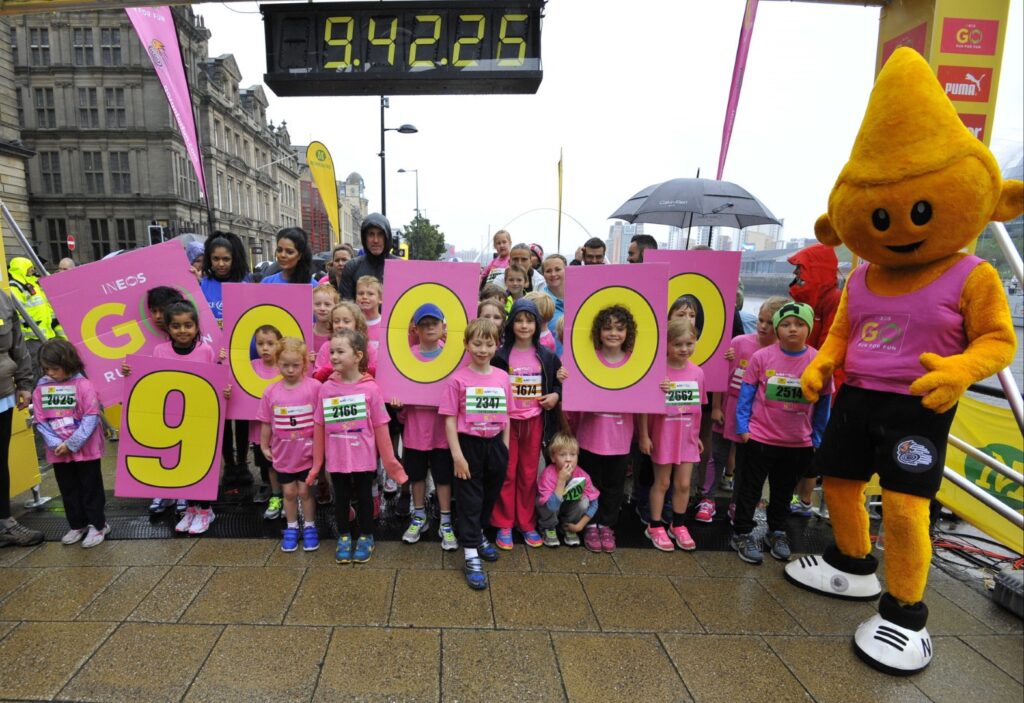 Over 2500 children take part in the Mini Great North Run, a wet day but GRFF brightened up the quayside with their official cheer point and the stand at the busy Pasta Party! The mega milestone of 90,000 was also reached here!

Dart is now a TV host! 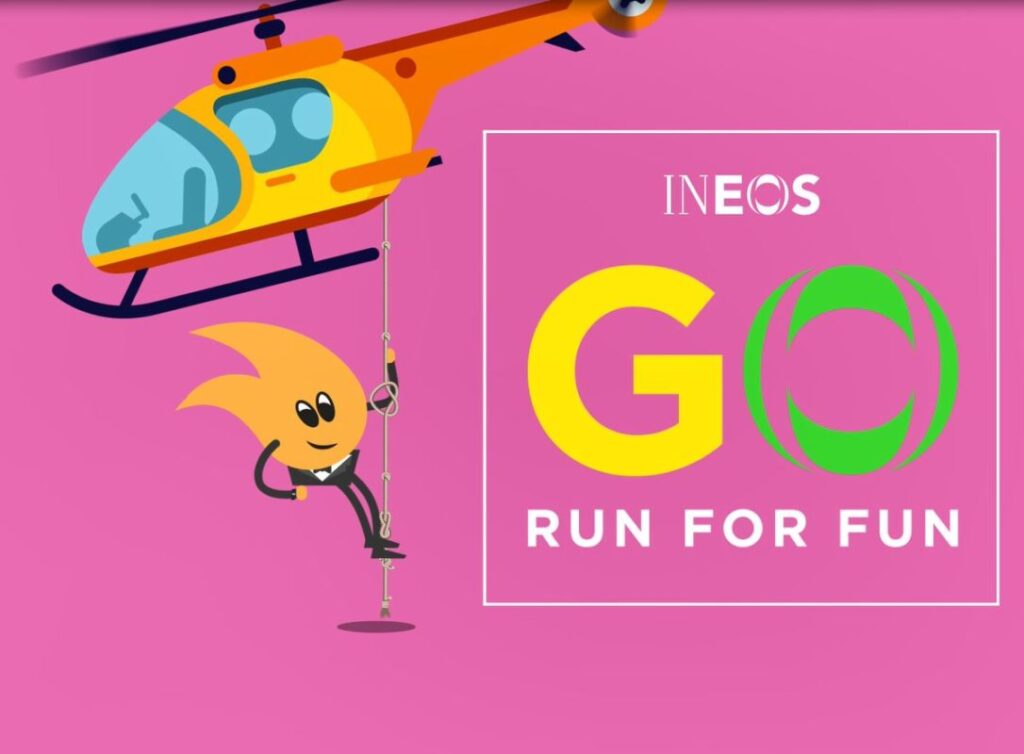 Dart TV is launched at the QEOP Event as a tool to educate children about nutrition, sport and exercise! A fun way to get kids swotted up on all the things they need to know to become a fellow GO Run For Fun Runner!

GO Run For Fun in Germany 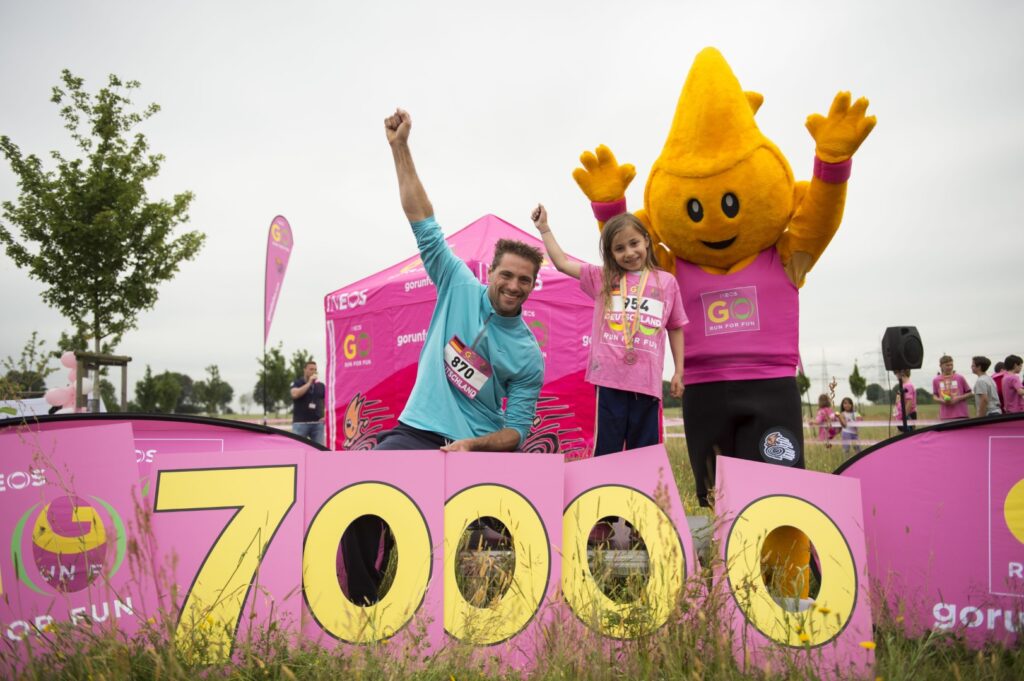 GO Run For Fun returns to Germany for an even bigger week of events. Joined by Cologne INEOS staff, the week was a great success with an event in Frankfurt to follow! 70,000 milestone was also completed in Pulheim with German pole vaulter Bjorn Otto! 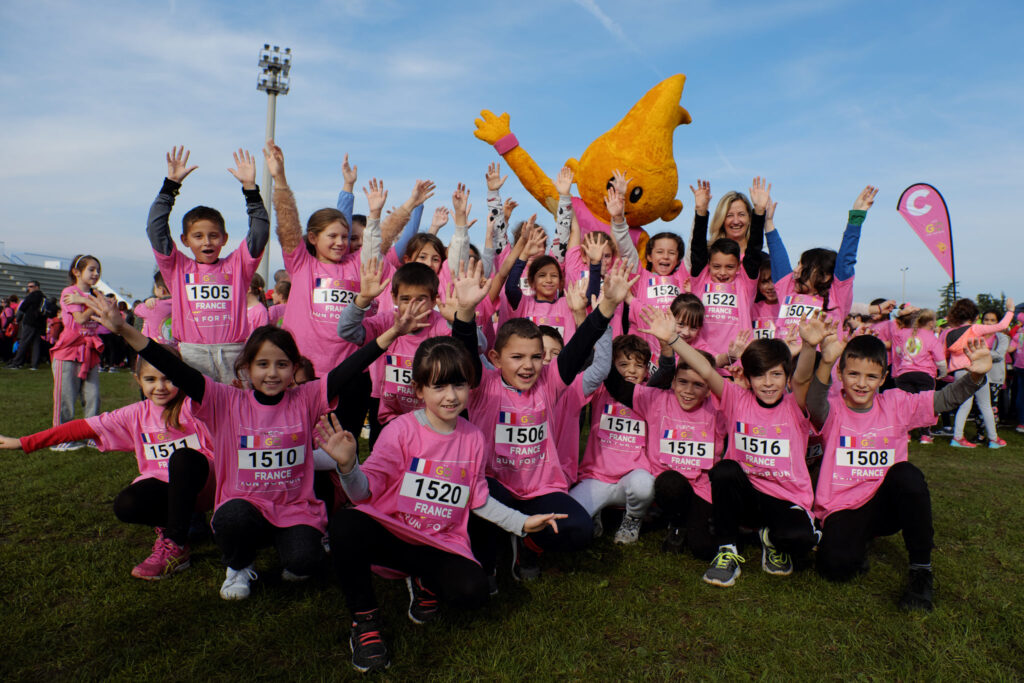 GO Run For Fun lands in France for the first time with 3 events! Bonjour children!